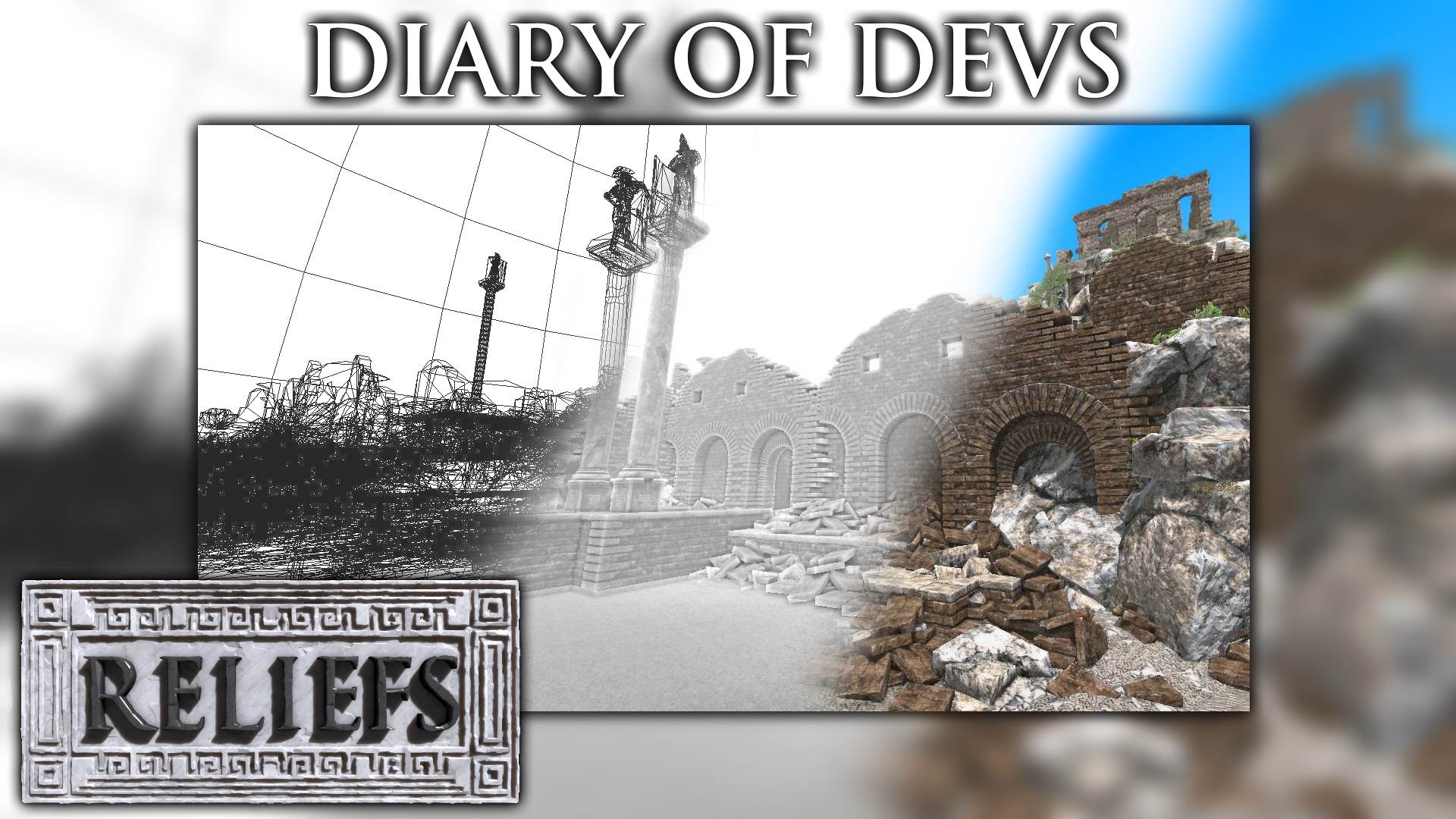 The Reliefs 0.2 version continue to be developed!

- The player :
The programing of the motion, interaction and the behavior of the player character evolve. The player can do make a two jump in the air and the distance of these jump can be varied with the velocity of the player.
The speed of the player changes progressively to attain the walk speed for example or the run speed.  Your character doesn't stop immediately him speed if you don't press the run key, he stops progressively.
You can now jump on the walls if you have two parallel surfaces, you can jump from walls to walls if you have enough strength. And also you can climb on the ropes like Reliefs 0.1.

- Level editor :
With this new version of Reliefs, the Reliefs World Map Editor software (RWME), use for making Reliefs 0.1, need to be evolved to the working of the new game engine and the 0.2 version of the game.
The RWME is a software available only for the release moment of Reliefs. This software allows you to change the world of Reliefs or add the new levels.
The old version of the RWME was not easy to use and to change the world of Reliefs. For example, to edit the world, you had to load an area of 0 to 100. Every area was divided into 16 chunks, and to change one object for example of this area you had to load chunk by chunk in order to find and change this object.
Now the new level editor load automatically the area only around you (like the game) and you can fully change the world without to load an area or a chunk. Basically the open world of Reliefs is now available in the level editor 0.2 version!