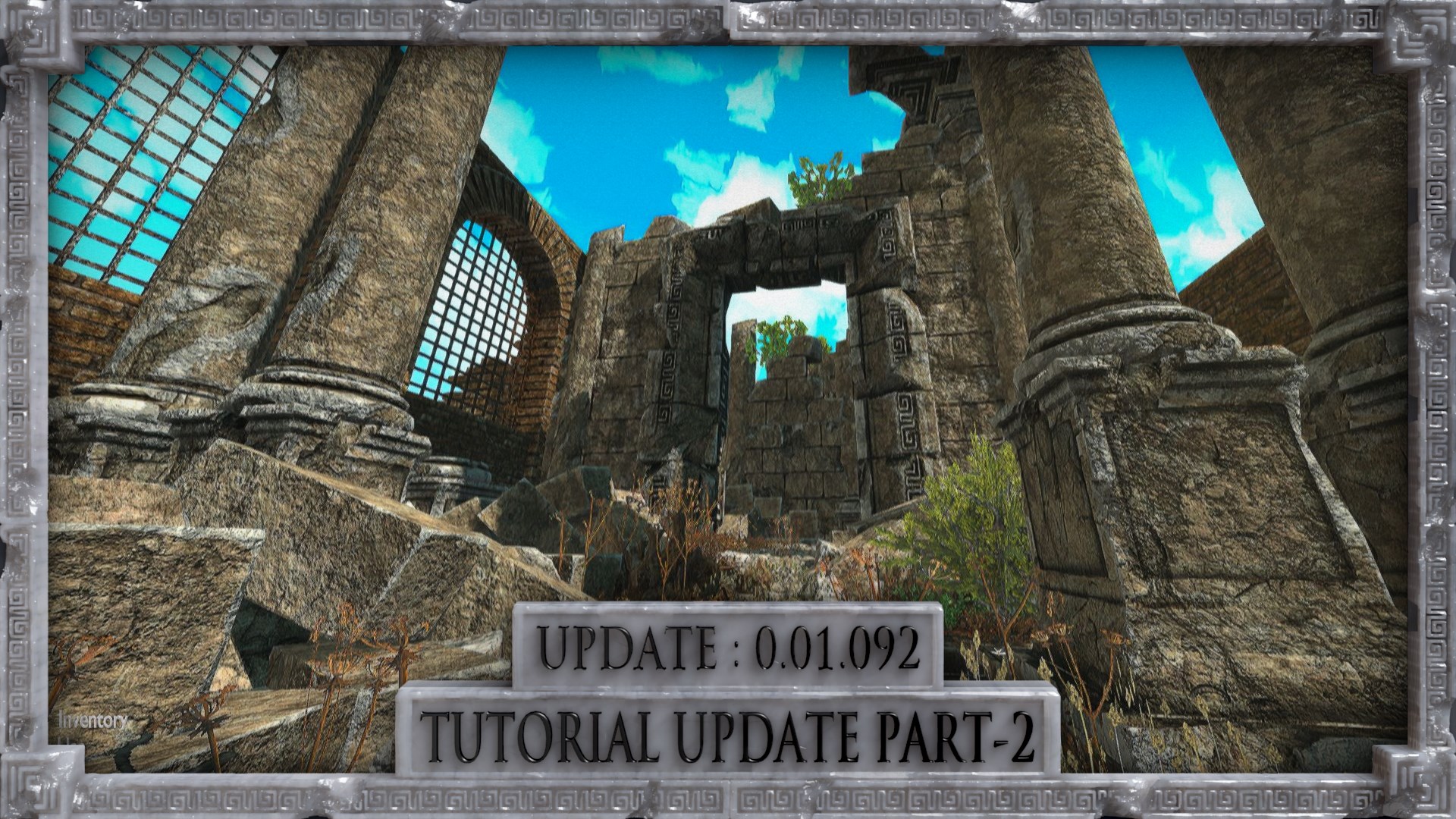 The new update is available today for Reliefs!
With the version 0.01.92.111018 "Tutorial Update part 2" many new functionalities, news and bug correction was added! This update was very long and complex to do made and she has changed many basic functionalities of the game. You need to inevitably run a new game session to allow use all functionality of this new version. All old game sessions of old versions of the game can have many dysfunctions or crash with this version.

With your follow and support, Reliefs evolved in the good direction. And will continue to evolve in the next months, thanks to you! The next updates in addition to resolve bugs, they will add a new contents, new areas to explore, the first puzzles, ... .

The news functionalities :
New tutorial area :
The new tutorial area was globally redesigned, rebuild with a new topology. the old area tutorial was too much open and you could avoid the tutorial. It is now impossible with this update. You start in the closed areas in which will guide you between the different parts of the tutorial to arrive in the universe of Reliefs. In the fully open world!

New tutorial :
The game crash because of the video tutorial is now over!
Today the new tutorial helps you to use the game. He help you and show you what to be doing at every step of the tutorial to learn all functionalities of the game. And when you have finished the game, you are free to going where you want!
Tutorial now saved :
Now, even if you don't recover the first relief at the end of the tutorial. Your game session is saved automatically if you leave the game. So you can reload the game session even in the tutorial.

Justitia new saved :
The world position of Justitia (blue ghost in the tutorial) is now saved. She appears where you left off when you quit the game in the tutorial.

Spawn point :
A new windows appear to show you that you linked at this spawn point. When you click on the spawn pillar. (Huge pillar with a big statue at the top)

The updates :
New color of the sea :
The sea is now more dark, more blue that in the old version of the game. The old version was so clear. And the animation of water is updated, with more little waves.

New tutorial map :
The tutorial area being new, the map of this area has been updated.

Justitia pink :
Justutia (blue ghost in the tutorial) can appear with the pink color. This problem is now today resolve with new texture for her.

Help with the tutorial :
When you have made the first ropes, arrows during the tutorial. You have infinite arrows and ropes. (only for the tutorial)