Reliefs The time of The Lemures 0.4.03 released!

New update this month with the addition of the most important area for the rest of the game!

The Temple of Pluto is the HUB of the game and will allow you to travel through the different levels. New options are also available to improve the game experience. Important changes have been made to the vegetation with the usual bug fixes.

Also this update is the last related to the previous version (0.3) of the game. All future updates will be new!

The global options are restored following the addition of new functionalities in the menu options. But your backups are kept. 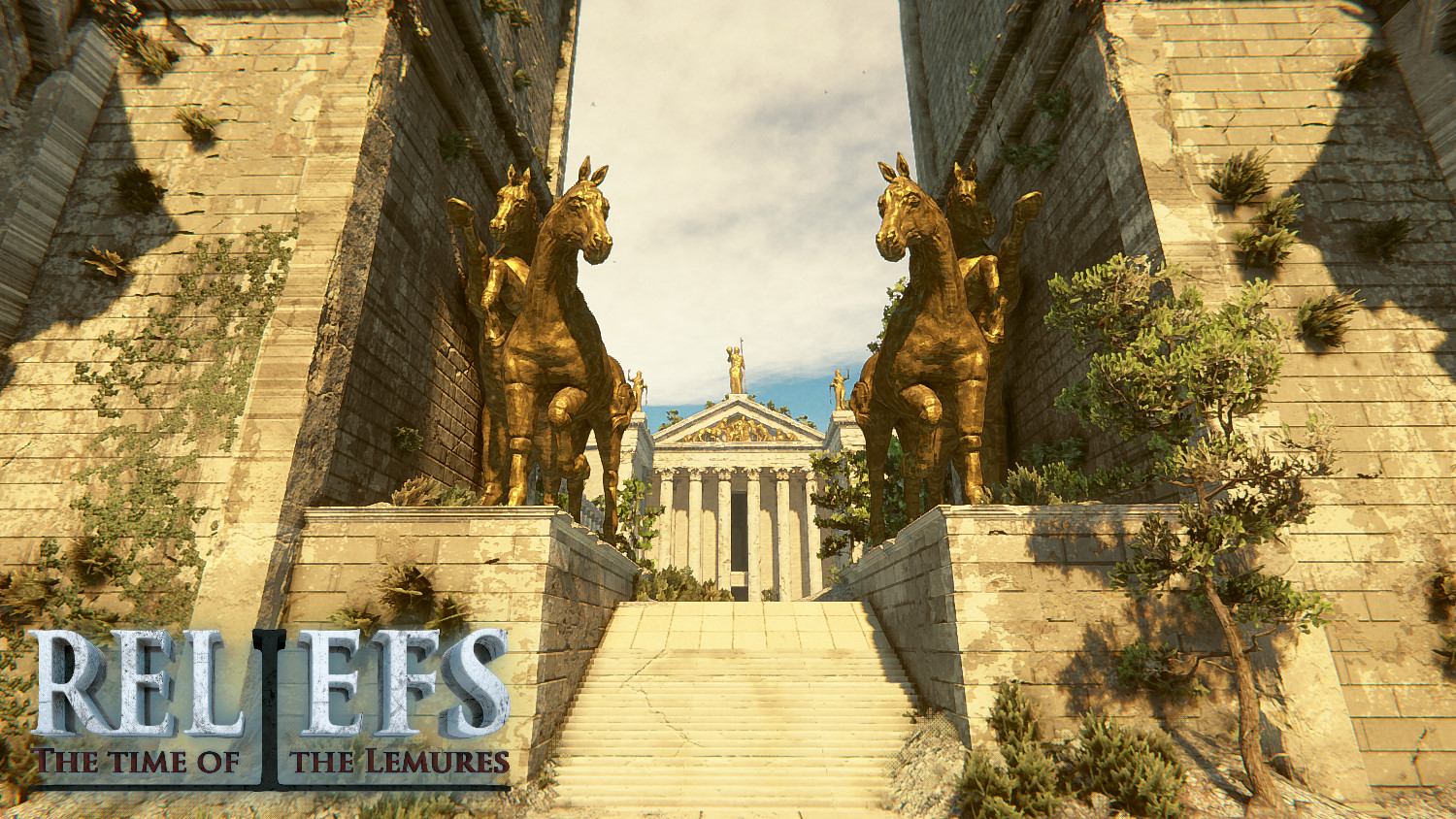 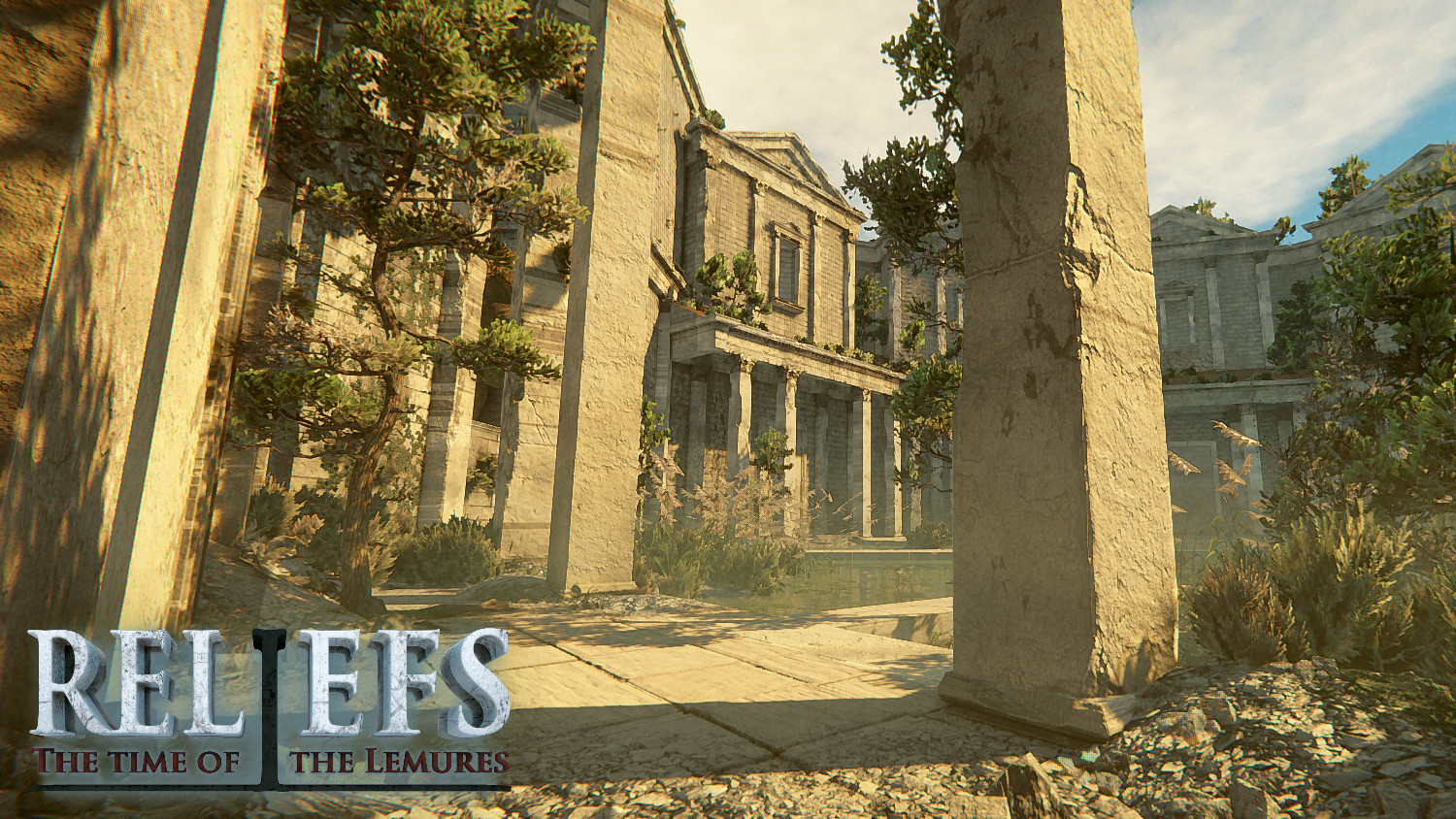 Here are all the news, changes and bug fixes:

- New area to explore with the imposing temple of Pluto.

- Total environmental persistence! If you open a door, light a brazier or interact with a piece of scenery, it is now automatically recorded. On your next load, the environment will be restored as you left it.

- Total redesign of the low vegetation of grass and hedges in order to obtain a more detailed and realistic rendering.

- Significant increase in vegetation density for denser and wilder forests.

- Improved lighting with an exposure system.

- Fixed the tree trunk shader to obtain a more realistic rendering with large barks at the base and finer ones in the branches. Also added parallax mapping to give a more pronounced depth and relief to the final rendering.

- Added parallax mapping for the most important shaders such as bricks, cliffs or temple stones for a more realistic rendering.

- Major optimization of the braziers that you can light in the environment. Their performance hit is now very low.

- Removed some brightness options in the tutorial level to match the new exposure system.

- Fixed issue with Steam overlay not allowing the game to properly load the UI and showing a white screen.

- The FOV values in the gameplay menu are correctly loaded and displayed.

- Gameplay options are automatically reset when you start a new game on an old one.

We will get to the heart of the game's history!