Reliefs The Time of The Lemures 0.4.02 released!

This update includes new environments for the continuation and end of the tutorial, addition of a mount to help you navigate this vast world. But also the addition of interactions with many new elements of the game, a significant modification of the rendering, addition of new features and many others!

Global and gameplay options are restored following the addition of new features in the options and gameplay menus. But your backups are kept.

Here are all the news, changes and bug fixes: 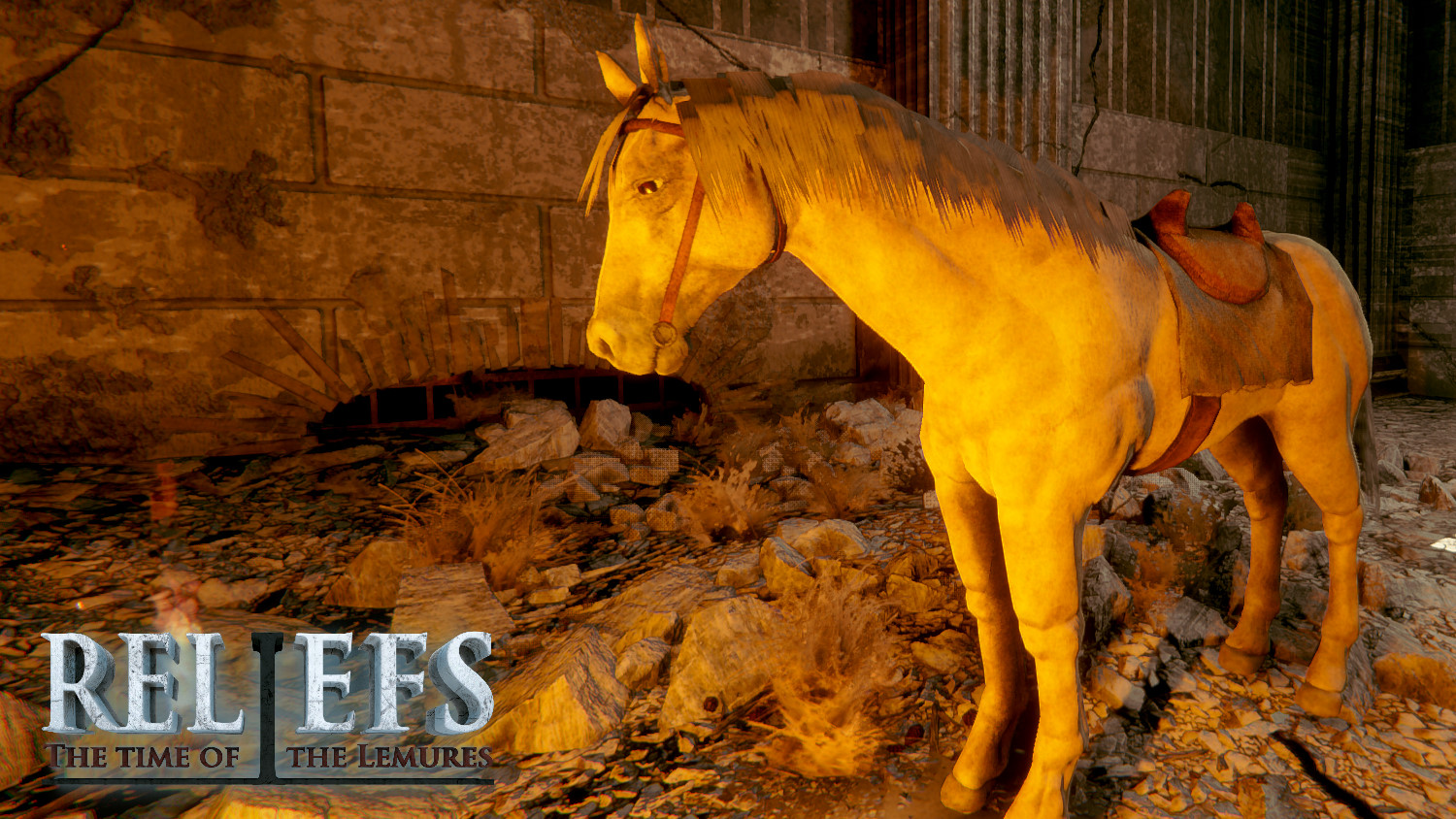 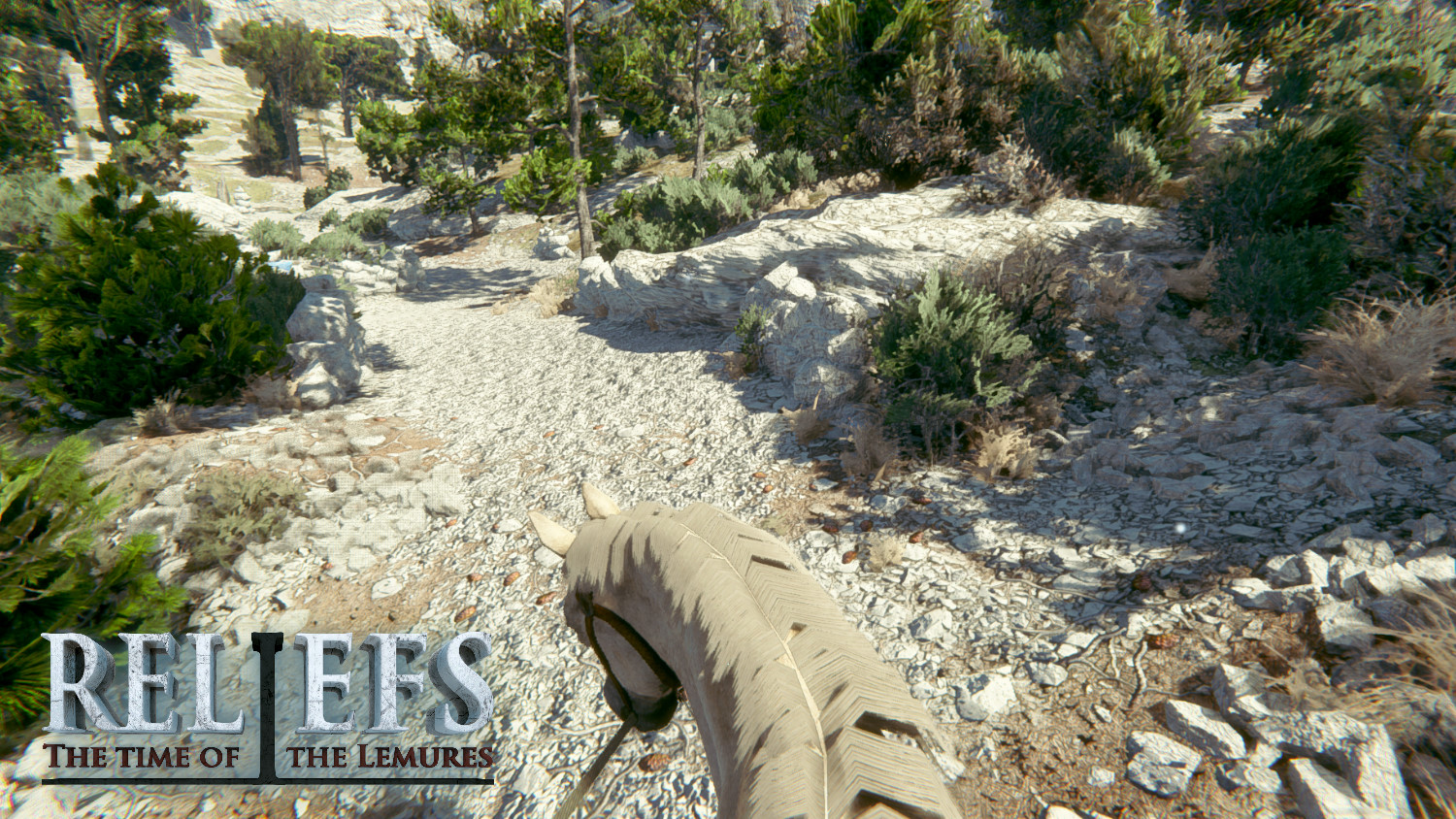 - This continuation of the tutorial introduces the horse, which is one of the great novelties of this version 0.4. The environments being much larger than previous versions, the addition of a horse was mandatory in order to prevent the game from becoming a walking game.

- Simplification of the tutorial, with direct information without text of several lines to read at each action in order to make it more fluid.

- Added interactive furniture, the player can now open or close different types of doors, but also interact with chests, or furniture doors.

- Added greater visibility when climbing walls. The camera has been unlocked and it is now possible to look in all directions. (Within the limit of the human body)

- Greater limitation of the swing when the player is close to the anchor point of the rope.

- It is now possible to delete the strings already in place in order to avoid having too many useless strings next to each other. This is done automatically, if a string appears too close to one or more others, they are deleted.

- Added new material for the arms of the player character, so that the latter can slowly disappear close to the camera.

- Many new environments are added in order to continue the tutorial and bring the player to the main temples of Pluto.

- For the tutorial in the lowered pontoon puzzle, the ropes you detach no longer suddenly disappear. Strings are now physical.

- Increased time for the grid in the tutorial to fully close.

- Reorganization of the level of the grid in the tutorial, when the player must quickly reach the closing grid, he no longer has to go through the same path he took to come.

- Added the possibility in the options to deactivate certain post process effects. Contact shadows, ambient occlusion, chromatic aberration, film grain and vignette can now be individually disabled at any time.

- Added the possibility to change the FOV of the camera at any time from 40 to 100, 70 being the default value. This new option is available in the gameplay menu.

- Increased the display of grasses and certain types of trees for more detailed rendering.

- Significant improvement in the rendering of marble and metal type materials such as gold for example.

- Some background elements have been combined to limit rendering demands on the GPU which drastically improves frames per second.

- Added a tree LOD (distance simplification) system for terrains to be more representative of vegetation density at very long distances.

- Added Bent normal maps to many shaders to improve the light reaction rendering of materials.

- Improved rendering of post process effects in order to obtain better performance without much loss of quality.

- Increased the light intensity of the torches to match the new brightness in the game.

- The yellow ivy foliage that tells the player where to grab an ivy now disappears close to the camera to avoid obstructing the player's visibility.

- Change of anti-aliasing, we go from SMAA to TAA, more efficient and more beautiful.

- In the menus with a joystick it is now possible to go directly from the first to the last option without having to go down or up all the options.

- Changed the style of the tutorial, simpler and less complex.

- Added a dark outline around shortcuts for better visibility.

- Added a priority for interfaces to avoid overlapping information and to obtain smoother transitions between scenes.

- Fixed the save system to avoid save deletion between updates if deletion is not desired.

- A translation problem was visible in the tutorial for the "swum" part.

- Aim assist was automatically disabled when creating a new game, it is now the opposite.

- Ropes no longer appear all at once when unfolding. The animation is done correctly.

- The ledges to grab onto in the iron door area in the tutorial had no limits to go left or right.

- The gameplay menu was not deactivated with the "escape" or "start" key on the keyboard or the controller.

I also thank Upsweep and Surveyor for their constructive feedback on version 0.4.01 of the game!