Reliefs The Time of The Lemures 0.4.01 released!

After more than a year of additional work, the first of the Reliefs The Time of the Lemures version 0.4 updates is now available!

This  0.4.01 update is  a new iteration of the game, it's not a simple version, but a new game! Almost the entire game has been redone, only the story and gameplay of the game have been kept and some elements reused such as the main character and some objects, but they have all been modified to best match this new version.

The development of this version 0.4 will extend over the year 2022 and 2023, for a release of the final version in 2023. You can now download this new version and enter in the world of Reliefs. For the moment the first part of the tutorial is available and the second part will arrive the next month.

This new version has been much longer and more complex to achieve than expected and I thank you for your patience. I hope you enjoy this new update or rather new game!

Why rebuild the game?

As I said before, version 0.3 of Reliefs had big performance issues and didn't allow me to create large open and detailed environments. Which is a huge problem when the game's story is based on vast environments to explore.

Your old saves will be deleted automatically when the game is launched. All levels have been redone and no longer match in terms of size and arrangement of 3D elements from the previous version. The options will also be restored following the addition of new functionalities in the menu options and gameplay. 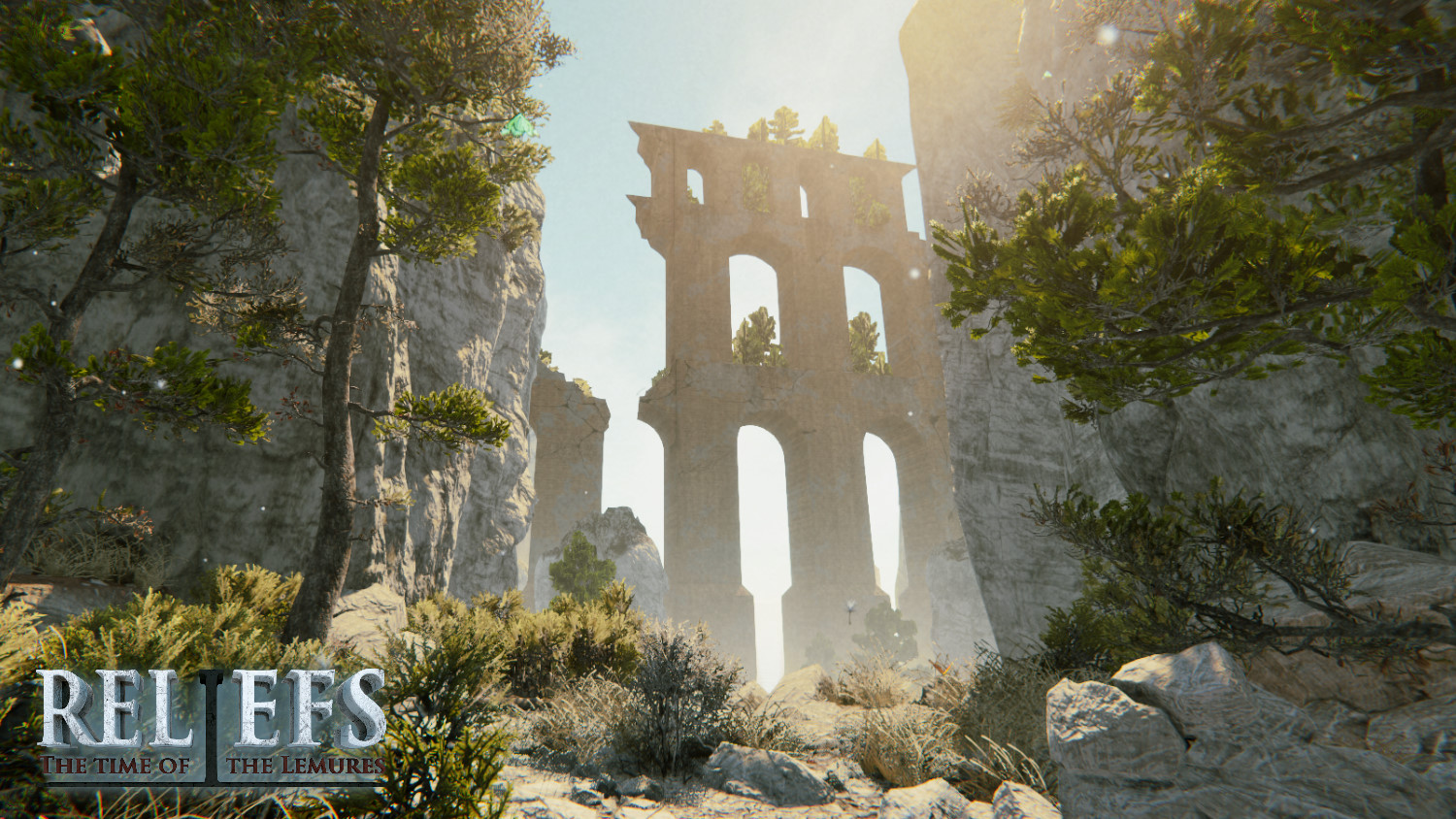 New in this update:

It would be easier for me to tell you what has not changed. I will therefore give you the general information of the modifications made to the game in order to avoid a too long list of modifications.

- In order to reflect the environment of the Calanques as much as possible, all the environment elements have been recreated. (trees, grass, rocks, cliffs, terrain textures, materials and shaders.) It's a total overhaul of the exteriors with more details, optimization and a final rendering closer to reality.

- The cliffs are now modular in order to create environments faster and with a lot of detail.

- Modeling of seabeds for lakes and the sea.

- Implementation of a "GPU instancing" system for terrain details. In order to display thousands of 3D elements like grasses or rocks to terrains with little performance loss.

- The elements that I had sculpted in my 3D software for version 0.3 of Reliefs have been taken over and improved. Their versions available in the game are more detailed than in the previous version. In particular for statues and sculptures or as the capitals of columns for example. New textures, materials and shaders have also been recreated.

- The constructions are now modular, in order to create temples or others more quickly and easily.

- The main character can now swim on the surface of the water but also dive.

- The main character can now ride a horse. (The mount will be available in version 0.4.02 for next month)

- Dynamic gameplay, the main character can now perform actions quickly without having to store a torch or a spear. For example, he can hold on to a rope while swimming on the surface of the water.

- Persistence of spears and ropes thrown in the environment. At each start of the game, the game automatically loads the ropes you have deployed in the levels.

- Added deployable rope limit in a level. (16 strings maximum) The oldest strings will be replaced automatically by the new deployed strings.

- Added a zoom effect when you charge your spear.

- The player can now climb vines.

- Added a horse with its behavior and these animations. (More information in version 0.4.02 of Reliefs)

- Added limitation to strings. The sway is reduced over time and the further the player is from their anchor point, the greater the amplitude of the sway.

- Addition of a real-time help system that can be activated or not. It will tell you the interactive objects around you and the shortcut to use them.

- Addition of a central crosshair that can be activated or not. In order to avoid motion sikness to certain person.

- Addition of help for quick controls that can be activated or not. When you equip a torch, for example, it shows you the possible actions and their shortcuts in real time.

- Addition of a gameplay menu to activate or not real-time helps. This will only be effective for the save currently in use and will not affect other parts of the game.

- The audio decreases or increases gradually when a loading is carried out by the game in order to avoid cuts of music or sound too abrupt.

- Player and horse footsteps now play relative to the texture of the terrain you are walking on.

- All particles have been updated with Unity's new particle system (visual effect graph). Larger numbers can be displayed on screen with better rendering and behaviors. 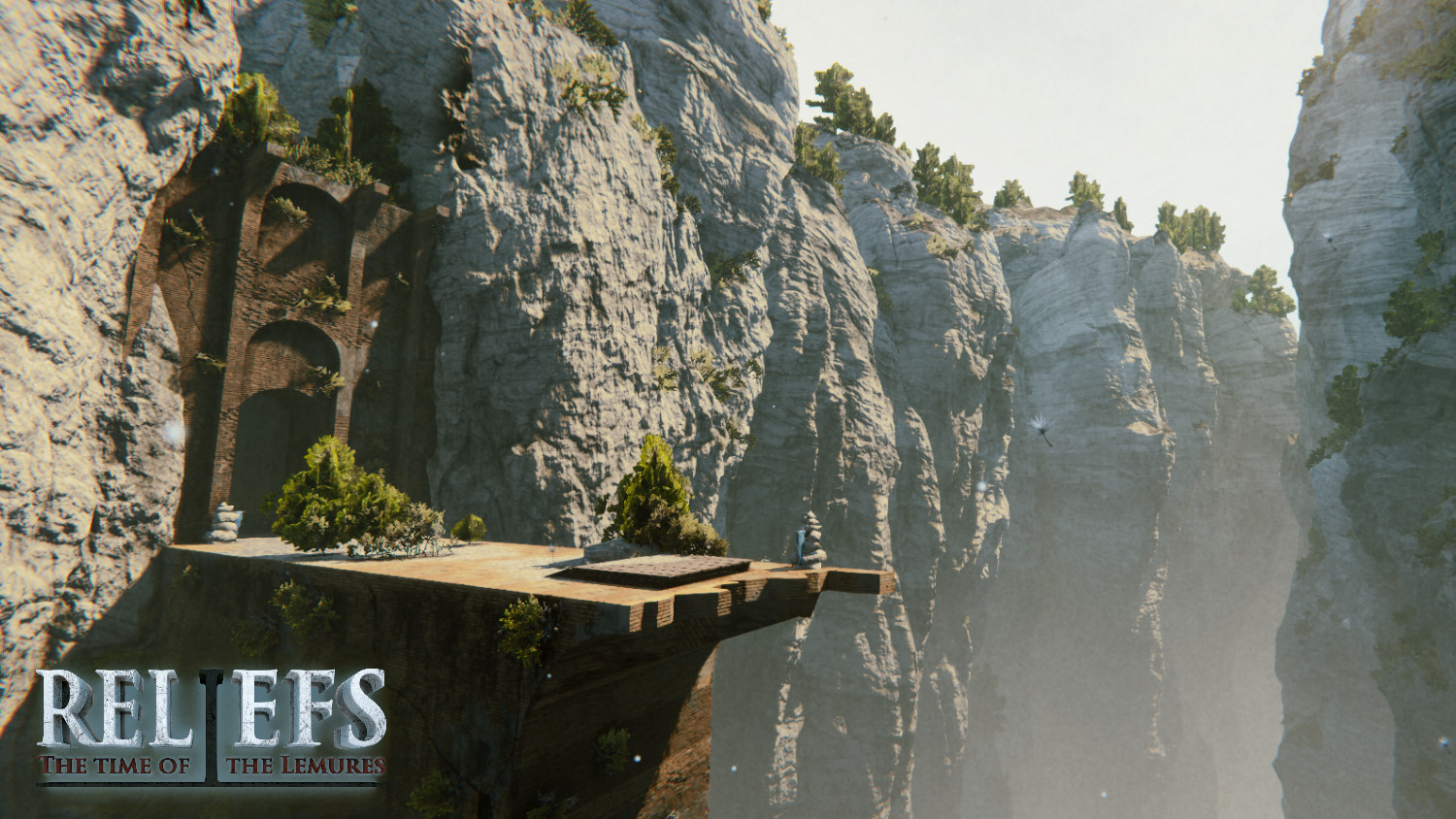